The science supporting early symptomatic diagnosis of cancer is evolving, this realisation was one of the key drivers supporting the CanTest Collaborative. Here, CanTest Junior Faculty member Dr Monica Koo expands on the story behind her latest research paper in The Lancet Oncology, published as part of the January 2020 issue.

There is increasing evidence demonstrating the importance of earlier diagnosis of cancer for clinical and patient experience outcomes. Building on this evidence, the NHS Long Term Plan published earlier this year has stated a clear ambition of diagnosing three in four cancer patients at earlier stages by 2028 in England. 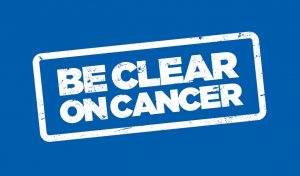 Examples of interventions promoting the earlier diagnosis of cancer in England include the Be Clear on Cancer symptom awareness campaigns, and the “two-week-wait” pathways that GPs can use to fast-track the investigation and referral of symptomatic patients for suspected cancer. Such interventions focus on certain symptoms, but could some of these symptoms be signs of advanced stage disease? Symptoms such as weight loss and coughing up blood have long been thought to be signs of advanced stage cancer. Thus far however, this question has remained largely unanswered, probably because of the difficulties in examining the presenting symptoms of cancer patients and stage at diagnosis in population-based data.

In our recent paper with CanTest Senior Faculty members Profs Greg Rubin and Yoryos Lyratzopoulos, Dr Gary Abel, and Public Health England colleagues, we looked at the 20 most common presenting symptoms of patients diagnosed with one of 12 cancers and their association with stage at diagnosis (stage I–III vs 4) using data from the National Cancer Diagnosis Audit.

We found that for most symptoms, large proportions of patients were diagnosed with stage I–III cancer – this was the case whether they were reported alone, or with other symptoms. The findings suggest that no presenting symptom is a reliable indicator of stage at diagnosis. They also indicate that the nature, rather than the number, of symptoms is more important for stage at diagnosis.

Our findings suggest that it’s never too late to seek help for concerning symptoms or investigate for suspected cancer. They also counter fear and fatalism about cancer that may prevent some patients from going to their GP.

As Dr Katriina Whitaker (Surrey University) writes in an accompanying editorial, our study represents a “jigsaw piece in the early diagnosis puzzle”, which along with other barriers to presentation and avoidable delays to cancer diagnosis need to be considered. This evidence supports national and international early diagnosis initiatives such as the Be Clear on Cancer Campaigns in England and WHO’s Guide for Early Diagnosis, and motivates ongoing and future research looking to improve cancer diagnosis as part of CanTest.

You can listen to a podcast with Dr Koo discussing this research further on the Lancet Oncology website.