Recommendations for use of the faecal immunochemical test (FIT) for investigating low-risk symptoms of colorectal cancer in primary care vary across the world. Here, CanTest Faculty member Dr Sarah Bailey explains more about clinical practice guidelines for symptomatic patients, in a systematic review published this month in Family Practice. 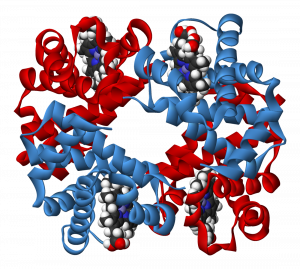 The FIT works by detecting small amounts of haemoglobin in a stool sample. Early stage colorectal cancer can cause bleeding into the gut, and the FIT detects that bleeding. Even if the patient has a positive FIT, it does not mean they definitely have cancer – only around 7% do. 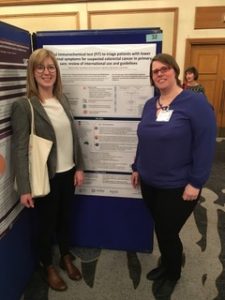 We found that worldwide guidance for primary care clinicians on the use of FIT varies greatly, and FIT is only recommended for primary care symptomatic patients in three countries: Australia, Spain, and the UK (excluding Scotland). These recommendations are based on a systematic review of studies that included patients with lower GI symptoms suggestive of colorectal cancer (6). That review reported the sensitivity of FIT as 92.1% – 100% (meaning at least 92% of patients with colorectal cancer are identified as such by the test), and specificity as 76.6% – 85.5% (at least 76% of patients without colorectal cancer are correctly identified). Of the 10 studies included in that systematic review, only one was based in primary care (7), where FIT was performed at the point of referral, rather than to triage referrals.

The evidence on FIT to date comes from heterogenous populations at different stages of the care pathway, with different thresholds, and different assays used; this heterogeneity adds to the difficulty in making clear recommendations. Future updates to recommendations for investigating possible colorectal cancer may begin to integrate FIT for this low-risk CRC symptoms group as more evidence emerges. There is also a lack of evidence about patient preferences for testing with FIT versus colonoscopy; a gap which must be addressed.