A blood test already available to GPs in the UK is more predictive of ovarian cancer than previously thought and could also help pick up other forms of cancer, according to new research published in PLOS Medicine today and funded by Cancer Research UK and NIHR.* 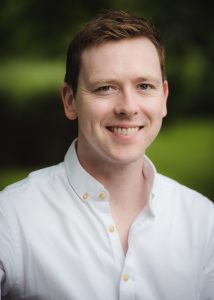 This study was led by Dr Garth Funston at the University of Cambridge as part of the CanTest collaborative, and studied more than 50,000 women who had a specific type of blood test with their GP in England.

The test is for women with symptoms possibly caused by ovarian cancer, which are often non-specific, so it can be difficult to judge what might be causing them. It looks for a protein in the blood called Cancer Antigen 125 (CA125), which can be a sign of ovarian cancer. Women with ovarian cancer often have a high level of this protein in their blood, so GPs use this test to help determine if a patient needs referring on for further tests such as ultrasound.

However, this study in primary care showed for the first time that CA125 was not only raised in women later diagnosed with ovarian cancer – around 350 women (10%) with CA125 protein levels at or above the cut-off value had the disease – it also found that more than 380 women with an abnormal CA125 result, instead had another type of cancer such as pancreatic, lung or bowel cancer.

The study also found the proportion of women with an abnormal test who had any cancer, was much higher in women aged 50 or over (33%), than women younger than 50 years of age (6%), suggesting that it is a more useful test to use in the over 50s.

Using both age and the level of protein in the blood, the team have developed models that GPs can use in the future to determine the risk of a woman having cancer, giving GPs a better tool to decide if patients need referring on.

Although the test is currently recommended by NICE and is widely used by GPs to help make a judgement on whether cancer referral is required, no large studies have previously evaluated how well the test performs in a primary care setting – an abnormal CA125 result is 12 times more likely to predict ovarian cancer than was previously thought.** This must be considered by NICE when updating guidance.

Dr Walter, senior author of the study from the University of Cambridge, said: “This blood test is clearly a useful tool for detecting ovarian cancer in primary care, particularly for women aged 50 or more. Doctors should also consider the possibility of other cancers if the test is abnormal, especially if ovarian cancer has been ruled out, to prevent delays to a diagnosis. 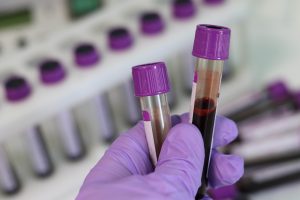 “Our results will help doctors triage women of different ages, selecting those with a higher risk of having cancer for fast referral and further tests. We hope that using the test, in this way, will help diagnose women with cancer earlier, while reducing unnecessary worry in those without the disease.”

Fiona is a science teacher, who lives near Cambridge. She was diagnosed with ovarian cancer in 2017 after visiting her doctor with abdominal pain.

Fiona said: “I hadn’t heard of the CA125 blood test before my GP suggested that I have one. Although I was diagnosed at a late stage, the test helped identify the problem – I didn’t even know this test existed before. I’d like to see a day when tests like this are routinely used to help more people have their cancer diagnosed early.

“I was fortunate my surgery, which I received within four weeks of being diagnosed, and chemotherapy worked for me. Now I feel lucky to be around.”

Ovarian cancer is the sixth most common cancer in females in the UK. The chances of survival are much higher for women whose cancer is diagnosed at an early stage.

Sadly, the disease is often diagnosed late (stage 3 or 4) when the cancer has already spread further, and someone’s likelihood of surviving is reduced. This is partly because symptoms such as loss of appetite, abdominal pain and bloating occur frequently in women without ovarian cancer, making it difficult to work out what is going on until it is too late.

You can read more about this study on the Cancer Research UK Science blog: https://scienceblog.cancerresearchuk.org/2020/10/28/an-existing-blood-test-for-ovarian-cancer-has-been-re-evaluated/

There was also coverage on ITV Anglia https://www.itv.com/news/anglia/2020-10-28/cambridge-research-blood-test-predicts-ovarian-cancer-better-than-previously-thought  and Bishop’s Stortford Independent https://www.bishopsstortfordindependent.co.uk/news/blood-test-breakthrough-that-helped-save-life-of-stortford-teacher-9128188/

**10% of women in the study who had an abnormal test level had ovarian cancer. The National Institute for Health and Care Excellence (NICE) estimated this figure at 0.81% in their 2011 evidence review: National Collaborating Centre for Cancer. Ovarian Cancer: The recognition and initial management of ovarian cancer (NICE Clinical Guidelines No. 122). Cardiff (UK); 2011.