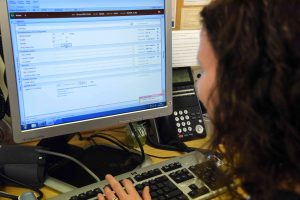 Much store has been set by the use of electronic clinical decision support (eCDS) as means of supporting GPs in their assessment of symptoms that could be due to cancer. Indeed, their implementation is promoted in the most recent Cancer Strategy for England (Achieving World Class Cancer Outcomes 2015). However, life and health technologies are not that simple. Systematic reviews of CDS have identified some of their critical features, assessed their effectiveness in improving practitioner performance and concluded that we still don’t know how best to embed them into clinical practice.

Some of the more senior CanTest researchers were involved in the early eCDS initiatives in England and have just published the results of their feasibility study of an eCDS tool for suspected oesophago-gastric cancer. The tool they evaluated was one that had been developed by Macmillan Cancer Support and TPP (SystmOne) in 2013 and piloted as part of the National Awareness and Early Diagnosis Initiative in England. Using a cluster-randomised, pragmatic trial design, we compared provision of an eCDS tool, to be used at the GP’s discretion, to usual care; outcomes were patient participation, use of eCDS, referrals and route to diagnosis, OG cancer diagnoses, acceptability and cost-effectiveness. Participants were aged 55 or over, presenting to their GP with symptoms associated with OG cancer, and followed up 6 months after the index encounter.

Only a third of patients approached agreed to participate, even though the only requirement was to allow sight of their records. The eCDS tool was used in only 6% of the 138 patients in the intervention group, and by only 5 doctors in the 21 intervention practices. GPs experienced interoperability problems between the eCDS tool and their clinical system and also found it did not fit with their workflow. The progress of the study was seriously hampered by technical limitations that had not been evident during an earlier pilot of the eCDS tool, and by regulatory controls on software installation introduced by Primary Care Trusts early in the study.

Nevertheless, we learnt a lot from doing this study, not least that the challenges to introducing a novel technology into clinical practice in primary care are not just to do with clinician behaviour.  The organisations that control primary care services and provide their technologies can be in turn inflexible, capricious or extremely helpful, sometimes all three at once.  Our findings have informed the ERICA trial that is currently running in Exeter.